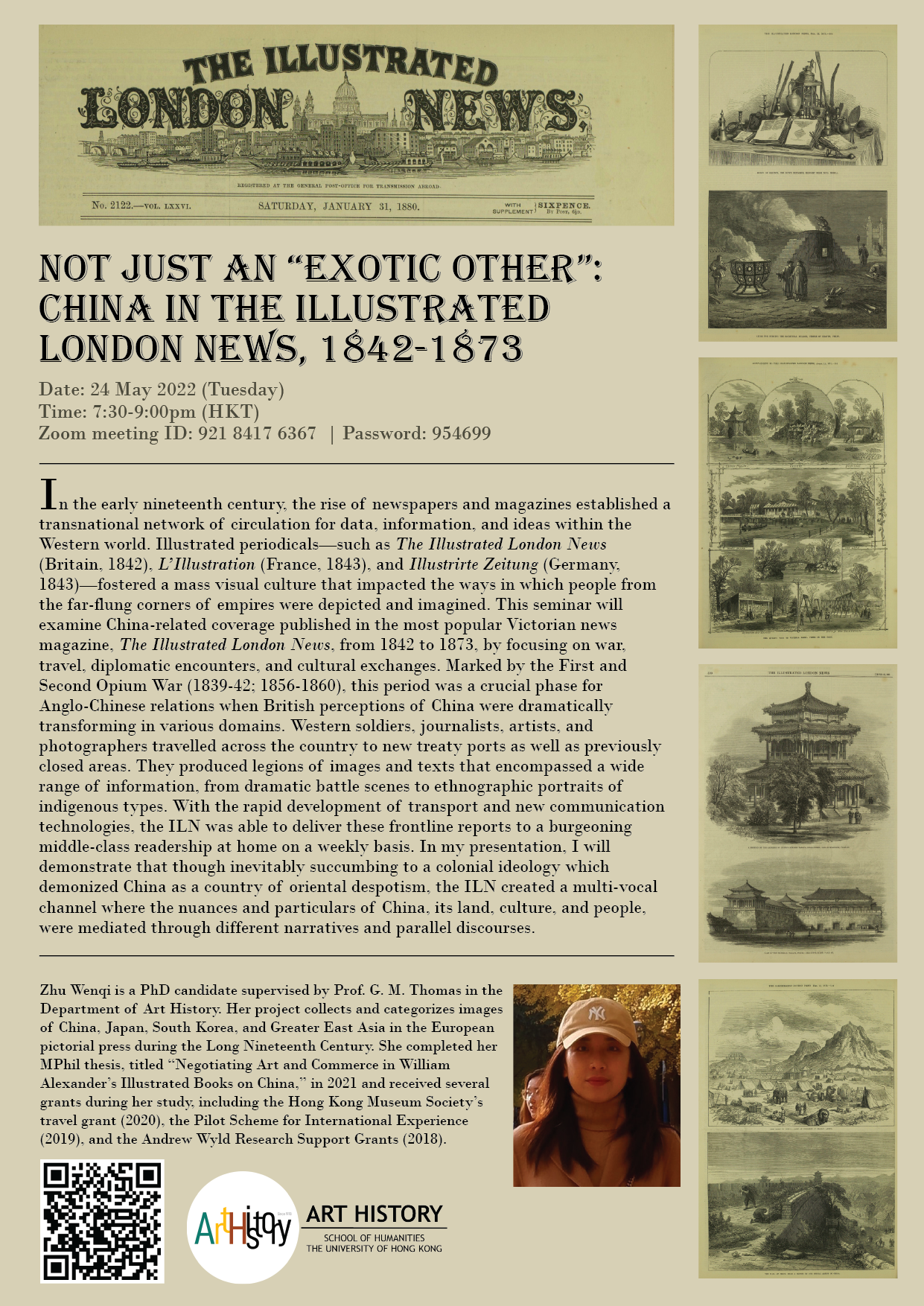 In the early nineteenth century, the rise of newspapers and magazines established a transnational network of circulation for data, information, and ideas within the Western world. Illustrated periodicals—such as The Illustrated London News (Britain, 1842), L’Illustration (France, 1843), and Illustrirte Zeitung (Germany, 1843)—fostered a mass visual culture that impacted the ways in which people from the far-flung corners of empires were depicted and imagined. This seminar will examine China-related coverage published in the most popular Victorian news magazine, The Illustrated London News, from 1842 to 1873, by focusing on war, travel, diplomatic encounters, and cultural exchanges. Marked by the First and Second Opium War (1839-42; 1856-1860), this period was a crucial phase for Anglo-Chinese relations when British perceptions of China were dramatically transforming in various domains. Western soldiers, journalists, artists, and photographers travelled across the country to new treaty ports as well as previously closed areas. They produced legions of images and texts that encompassed a wide range of information, from dramatic battle scenes to ethnographic portraits of indigenous types. With the rapid development of transport and new communication technologies, the ILN was able to deliver these frontline reports to a burgeoning middle-class readership at home on a weekly basis. In my presentation, I will demonstrate that though inevitably succumbing to a colonial ideology which demonized China as a country of oriental despotism, the ILN created a multi-vocal channel where the nuances and particulars of China, its land, culture, and people, were mediated through different narratives and parallel discourses.