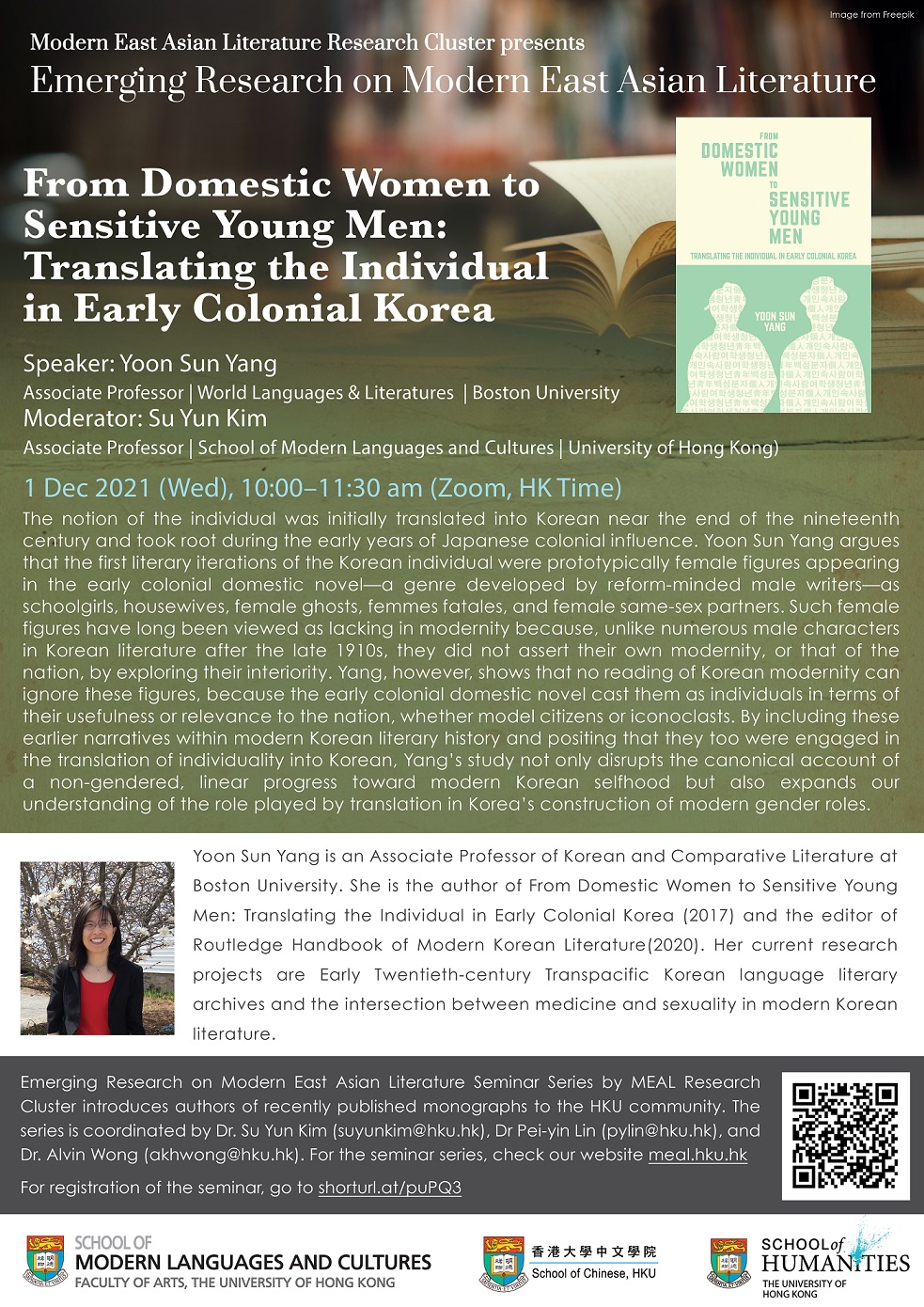 The notion of the individual was initially translated into Korean near the end of the nineteenth century and took root during the early years of Japanese colonial influence. Yoon Sun Yang argues that the first literary iterations of the Korean individual were prototypically female figures appearing in the early colonial domestic novel—a genre developed by reform-minded male writers—as schoolgirls, housewives, female ghosts, femmes fatales, and female same-sex partners. Such female figures have long been viewed as lacking in modernity because, unlike numerous male characters in Korean literature after the late 1910s, they did not assert their own modernity, or that of the nation, by exploring their interiority. Yang, however, shows that no reading of Korean modernity can ignore these figures, because the early colonial domestic novel cast them as individuals in terms of their usefulness or relevance to the nation, whether model citizens or iconoclasts. By including these earlier narratives within modern Korean literary history and positing that they too were engaged in the translation of individuality into Korean, Yang’s study not only disrupts the canonical account of a non-gendered, linear progress toward modern Korean selfhood but also expands our understanding of the role played by translation in Korea’s construction of modern gender roles.

Speaker: Yoon Sun Yang is an Associate Professor of Korean and Comparative Literature at Boston University. She is the author of From Domestic Women to Sensitive Young Men: Translating the Individual in Early Colonial Korea (2017) and the editor of Routledge Handbook of Modern Korean Literature(2020). Her current research projects are Early Twentieth-century Transpacific Korean language literary archives and the intersection between medicine and sexuality in modern Korean literature.

For registration of the seminar, go to