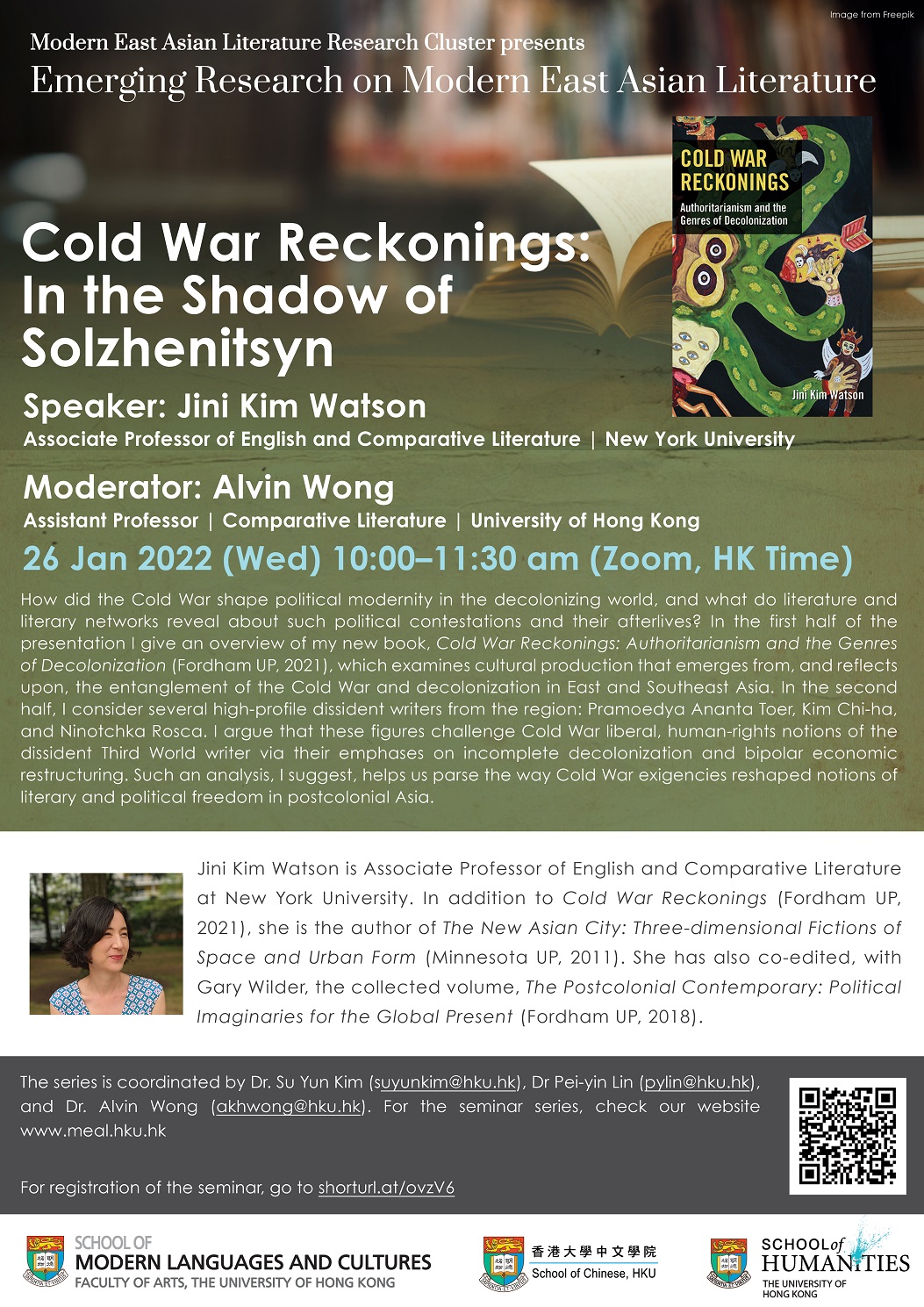 Cold War Reckonings: In the Shadow of Solzhenitsyn

How did the Cold War shape political modernity in the decolonizing world, and what do literature and literary networks reveal about such political contestations and their afterlives? In the first half of the presentation I give an overview of my new book, Cold War Reckonings: Authoritarianism and the Genres of Decolonization (Fordham UP, 2021), which examines cultural production that emerges from, and reflects upon, the entanglement of the Cold War and decolonization in East and Southeast Asia. In the second half, I consider several high-profile dissident writers from the region: Pramoedya Ananta Toer, Kim Chi-ha, and Ninotchka Rosca. I argue that these figures challenge Cold War liberal, human-rights notions of the dissident Third World writer via their emphases on incomplete decolonization and bipolar economic restructuring. Such an analysis, I suggest, helps us parse the way Cold War exigencies reshaped notions of literary and political freedom in postcolonial Asia.

Jini Kim Watson is Associate Professor of English and Comparative Literature at New York University. In addition to Cold War Reckonings (Fordham UP, 2021), she is the author of The New Asian City: Three-dimensional Fictions of Space and Urban Form (Minnesota UP, 2011). She has also co-edited, with Gary Wilder, the collected volume, The Postcolonial Contemporary: Political Imaginaries for the Global Present (Fordham UP, 2018).