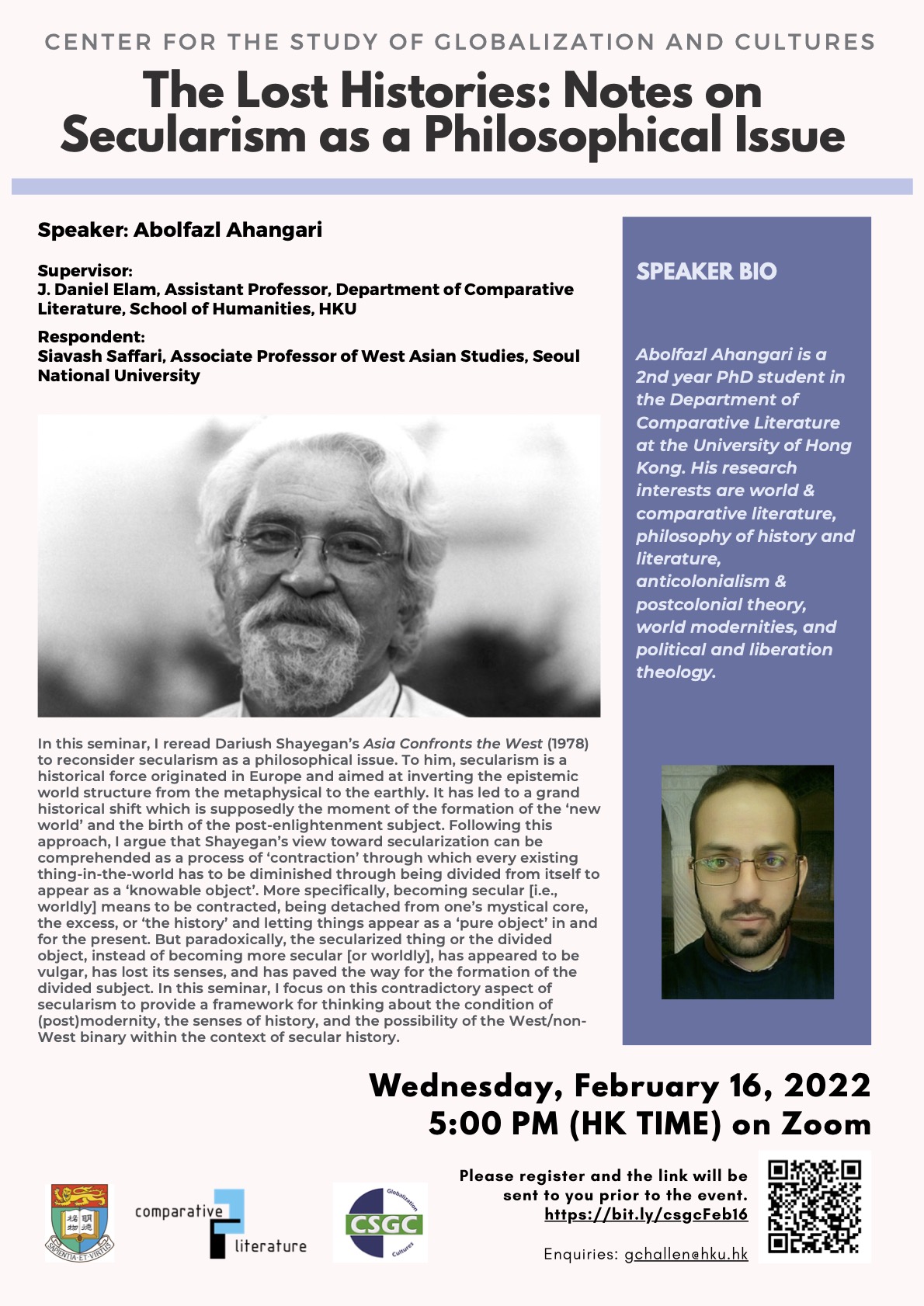 In this seminar, I reread Dariush Shayegan’s “Asia Confronts the West” (1978) to reconsider secularism as a philosophical issue. To him, secularism is a historical force originated in Europe and aimed at inverting the epistemic world structure from the metaphysical to the earthly. It has led to a grand historical shift which is supposedly the moment of the formation of the ‘new world’ and the birth of the post-enlightenment subject. Following this approach, I argue that Shayegan’s view toward secularization can be comprehended as a process of ‘contraction’ through which every existing thing-in-the-world has to be diminished through being divided from itself to appear as a ‘knowable object’. More specifically, becoming secular [i.e., worldly] means to be contracted, being detached from one’s mystical core, the excess, or ‘the history’ and letting things appear as a ‘pure object’ in and for the present. But paradoxically, the secularized thing or the divided object, instead of becoming more secular [or worldly], has appeared to be vulgar, has lost its senses, and has paved the way for the formation of the divided subject. In this seminar, I focus on this contradictory aspect of secularism to provide a framework for thinking about the condition of (post)modernity, the senses of history, and the possibility of the West/non-West binary within the context of secular history.

Abolfazl Ahangari is a 2nd year PhD student in the Department of Comparative Literature at the University of Hong Kong. His research interests are world & comparative literature, philosophy of history and literature, anticolonialism & postcolonial theory, world modernities, and political and liberation theology.