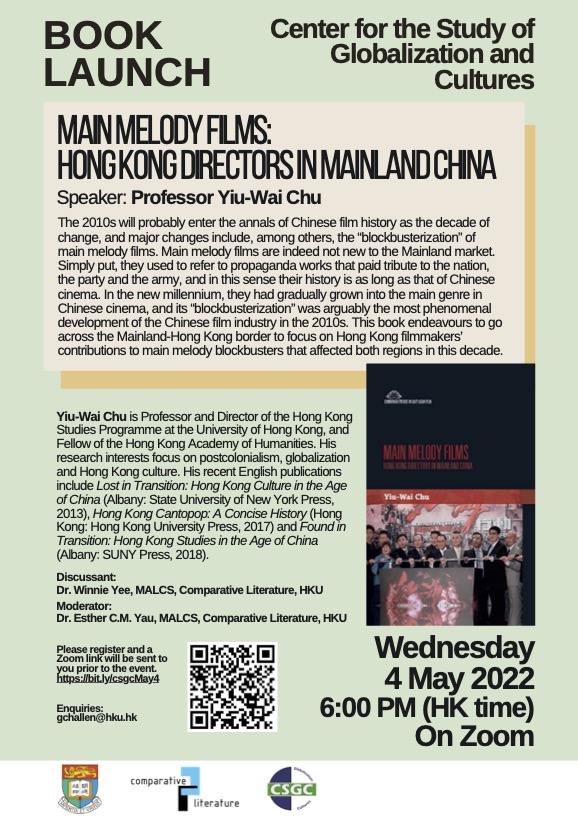 The 2010s will probably enter the annals of Chinese film history as the decade of change, and major changes include, among others, the “blockbusterization” of main melody films. Main melody films are indeed not new to the Mainland market. Simply put, they used to refer to propaganda works that paid tribute to the nation, the party and the army, and in this sense their history is as long as that of Chinese cinema. In the new millennium, they had gradually grown into the main genre in Chinese cinema, and its “blockbusterization” was arguably the most phenomenal development of the Chinese film industry in the 2010s. This book endeavours to go across the Mainland-Hong Kong border to focus on Hong Kong filmmakers’ contributions to main melody blockbusters that affected both regions in this decade.