JULIA BOWES, THE UNIVERSITY OF HONG KONG, RECEIVES 2019 LERNER-SCOTT PRIZE FROM THE ORGANIZATION OF AMERICAN HISTORIANS 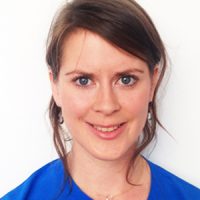 BLOOMINGTON, IN—During its annual meeting in Philadelphia, Pennsylvania, the Organization of American Historians (OAH) presented Julia Bowes, The University of Hong Kong, with their prestigious 2019 Lerner-Scott Prize, which is given annually for the best doctoral dissertation in U.S. women’s history.

Julia Bowes, The University of Hong Kong, “Invading the Home: Children, State Power, and the Gendered Origins of Modern Conservatism, 1865–1933” [dissertation completed at Rutgers University–New Brunswick, under the direction of Jennifer Mittelstadt and Ann Fabian]. Julia Bowes’s dissertation is an original, ambitious, and sophisticated work that makes a fresh contribution to the histories of gender, the state, and conservatism in the United States. Bowes deftly analyzes both the rise of the American state and antistatism through three issues rarely examined together: compulsory schooling, child labor laws, and mandatory child vaccination programs. She argues that the contested process of building the modern, liberal state in relation to “the governance of children” was deeply gendered from the outset. Bowes uncovered a fascinating network of “unlikely allies” from diverse regions and backgrounds who made defense of the patriarchal family central to resistance against state power. In fact, her signal contribution is to place gender and the family at the center of antistatist politics from the end of the Civil War to the 1930s, a “defense of the presumed right of white men to govern their children,” which she terms “paternal sovereignty.” Through an accessible and engaging narrative, Bowes offers a “new genealogy” of American conservatism by tracing the development of gendered antistatism well before the “family values” of the New Right.

ABOUT THE ORGANIZATION OF AMERICAN HISTORIANS